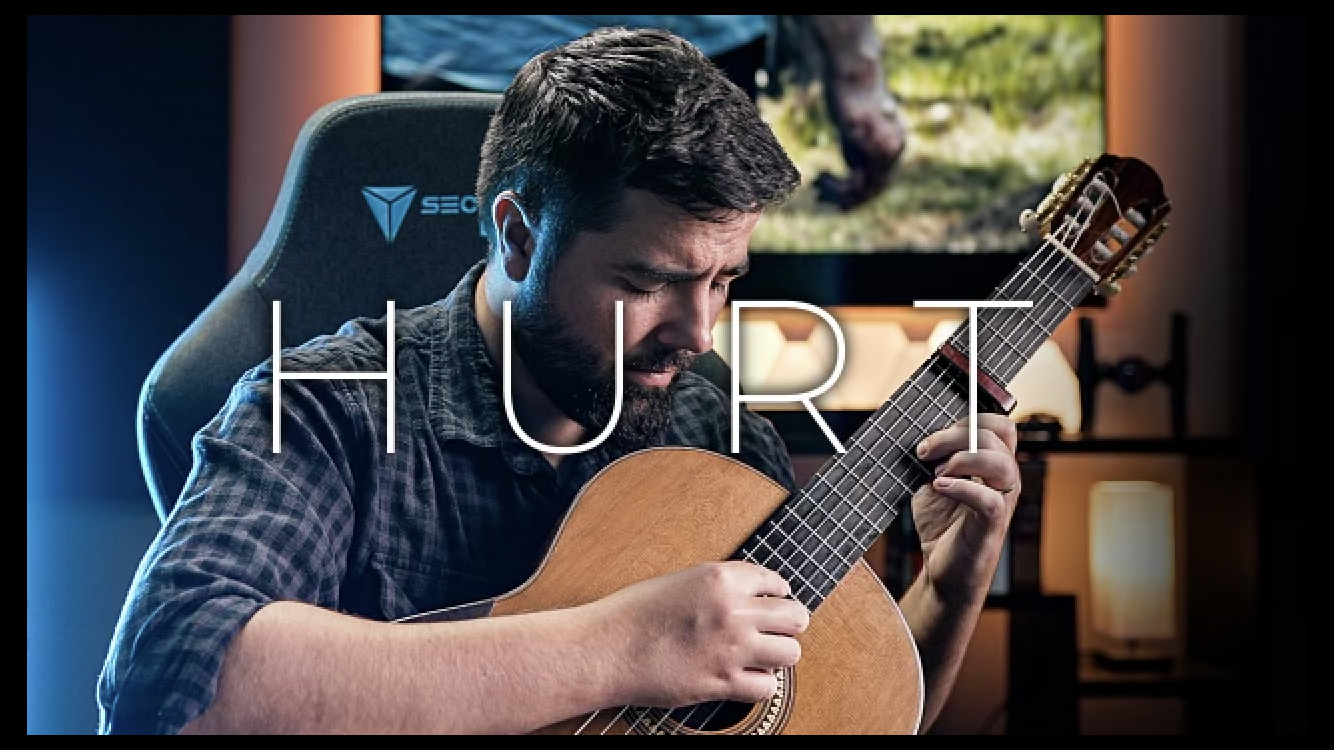 Having an artist in the family can be an extraordinarily sweet experience. One reason being we get to know the artist. Also, we have the opportunity of experiencing the art, with all its expansive nature. I know and love music that would never have come on my radar were it not for Nathan Mills, Beyond the Guitar classical guitarist.

I asked him last week what he was working on, and he said an arrangement of “Hurt”, the Johnny Cash version. Well…I didn’t know that song, but I did know the late great Johnny Cash. He was my mom’s favorite country singer. His music was the soundtrack of my early childhood.

After listening to the Cash version on YouTube, I was so taken by both the lyrics and the soulful melody. The original “Hurt” was written by Trent Reznor and performed by the industrial band Nine Inch Nails in 1994. That version was dark and despairingly sad, drawing our attention to brutal self-harm and drug addiction.

The Johnny Cash cover of “Hurt” came about when record producer Rick Rubin approached him about doing an album that would reintroduce the aging artist to the MTV generation of music fans. “Hurt” was one of many covers on Cash’s 2002 album American IV: The Man Comes Around. This album was a huge success.

Cash’s version of “Hurt”, like Reznor’s original, was also sad and filled with regret. However, there was a difference. A big difference. In Cash’s rework of the original, he changed some of the lyrics to incorporate his faith. Still, the lyrics spoke of deep pain, the losses of his life and the losses to come. He knew he was in the last years of his life. His cherished wife and fellow artist June Carter Cash is seen briefly on the video of his cover. She would die in 2003 and he would also just months later. Somehow, Cash communicated both love and hope in his “Hurt”. It was excruciatingly beautiful.

Now enters Nathan’s arrangement and performance of this haunting melody. You can hear the emotion…even without the lyrics. Although I usually say “Enjoy”, on this one, just take it on and let it teach you something of life. Its great worth and the incredible gift it is.

What songs have touched your life in ways that continue to grow with time…and with the different reiterations and interpretations? Whatever genre. For me, many are old songs. Both in pop and country as well as old church hymns.

while 99% of the songs that I listen to on my phone and sing at the top of my lungs in my F150 are newer worship songs,

the actual songs that I sing from memory that minister to my soul in times of need… are old, old hymns.

Please share some of your favorites in the comments below.

One song for me is “I Can Only Imagine”. I wrote about it here.

Another old favorite is the love song that became ours – Dave & me – years and years ago. “I Only Have Eyes For You”. A reminder of this song hangs on our bedroom wall. It always gives a cause to dance together.

Again, how about you?