[Adapted from the Archives]

The Thursday before Jesus’ trial and crucifixion was the awaited celebration of Passover. In this day, we have a picture of Jesus, in all his humanity, and in all his deity. All four of the Gospels written about Jesus’ life have an account of this day’s events (Matthew 26:17-75; Mark 14; Luke 22:7-65; John 13:1-18:27).

After sunset, the Jewish people would take the Passover meal together – as families usually. They would share the Seder and remember how God protected them during the days of their slavery in Egypt.

When Jesus and his disciples gathered around this meal, there was not just looking back, but also a looking forward. The disciples still may not have understood that Jesus was hours away from dying. However, I’m sure they listened carefully to his teaching in those sacred moments together.

This particular Thursday is known as Maundy Thursday. Maundy means “commanded” and also can refers to the ceremonial washing of feet.  Jesus took upon himself to wash the dusty feet of his disciples, modeling for them his command to love one another (John 13:34-35).

After Jesus and his disciples finished their meal together, he would then enter the garden Gethsemane to pray. They were all with him, except Judas Iscariot, who stole away during the meal. He bring Jesus’ enemies to trap him there in the garden. Jesus prayed long into the night. He wrestled with his heavenly Father over the need for him to die. “Oh my Father, if it is possible, let this cup [of suffering and death] pass from me.” Then, settled in his obedience, “O my Father, if this cup cannot pass away from me unless I drink it, Your will be done.” [Matthew 26:39; Matthew 26:42] 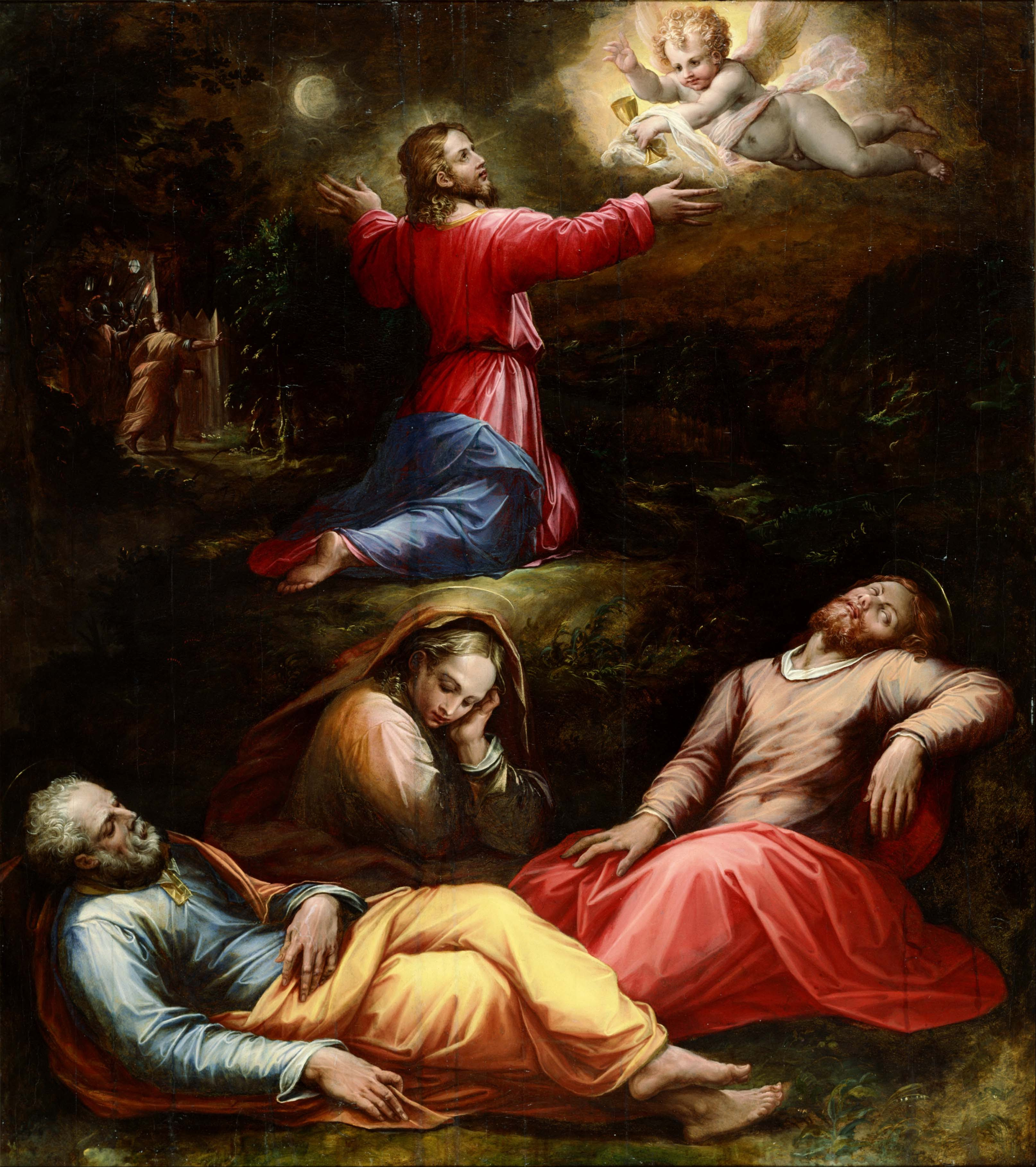 Sometime during that dark night of the soul, he turned his attention toward his disciples and all the rest of us, across the ages, who would follow him. His prayer to the Father, recorded in John 17, is exquisitely beautiful, especially in the context of this difficult night. [Take time to read it in full, but I’ve included a part of it below.]

“Holy Father, keep them in Your name, the name which You have given Me, that they may be one even as We are.  I have given them Your word; and the world has hated them, because they are not of the world, even as I am not of the world.  I do not ask You to take them out of the world, but to keep them from the evil one.  Sanctify them in the truth; Your word is truth.  As You sent Me into the world, I also have sent them into the world.  “I do not ask on behalf of these alone, but for those also who believe in Me through their word; that they may all be one; even as You, Father, are in Me and I in You, that they also may be in Us, so that the world may believe that You sent Me.”

Then out of the darkness, Judas came to betray Jesus. He was leading a group of the religious leaders, along with a huge company of soldiers. Although Jesus’ disciples wanted to resist his arrest, Jesus refused their intervening and surrendered himself…not to the mob but to the will of the Father.

The betrayal was complete. His disciples fled (although those closest to him would soon follow). He would spend the rest of the night in the tormenting custody of his enemies. The countdown to the cross has begun in earnest. A countdown that actually began at the Fall of humanity, and, under the careful watch of God, our Father…a countdown toward restoring us back to Himself.

What Is Maundy Thursday?

Maundy Thursday 2015: The History Behind The Holy Thursday Before Easter – Also enjoy the beautiful Lent Meditations Slideshow at end of article.

Jesus Pray for His Disciples…and For Us – Ralph F. Wilson

2 thoughts on “Jesus and Holy Week – Thursday, Day 5 – Passover Celebration & His Last Supper Before the Cross”