Fridays seem to come so fast, that Faves get written late in the weekend…this one did anyway. Here they are finally:

1) Truth – “What is truth?” This question was asked centuries ago by a Roman governor standing over an innocent man whom he himself believed was innocent. Pontius Pilate asked the question when pressed by the religious leaders of that day for a guilty verdict on Jesus Christ. Guilty of what? Guilty of whatever would get him executed and out of the way.

The question of what is truth? continues through the ages. Even for those who believe in the sanctity of Scripture, we become functional atheists if we don’t apply it to our understanding of God and to our very lives.

What Is Truth? – excellent read on truth (including philosophical and scientific perspectives)

A friend posted a Gallup poll this week on what Americans believe about the Bible. I don’t take polls seriously usually because they can so often be slanted depending on the polling intent and the sample selected. Still, this one gave pause.

Record Few Americans Believe that the Bible Is the Literal Word of God – Lydia Saad, Gallup

The Bible continues to reportedly be the most read book in the world. What do we do with what we read? I remain in the diminishing “light green” group from the Gallup poll above. God is certainly capable of protecting His recorded word through the ages. If I did begin to take parts as fable, moral precept alone or not literally… which parts? Keep the parts that treat me favorably? Willing to risk that God means for us to take it all to heart…and trust His goodness, fairness, and love for the mysteries.

Why We Need the Truth More Than Ever – Matt Brown

2) Leveling the Playing Field– When an individual or organization acts to truly give opportunity to marginalized people, it is noteworthy. Anna Julia Cooper Episcopal School (AJCES) is one of those organizations. Named after a woman born into slavery, AJCES affords private education to over 100 middle schoolers. 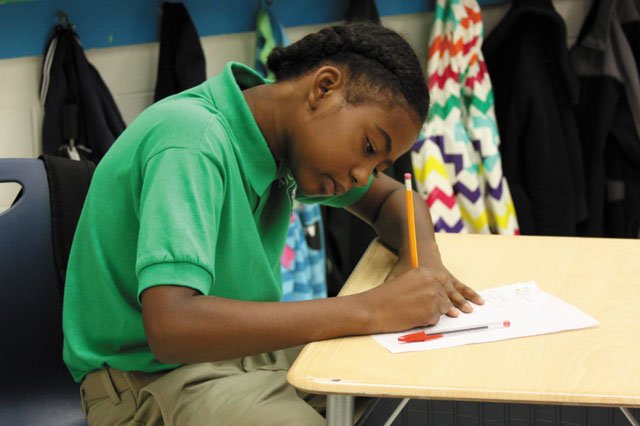 The parents pay a small annual admission fee and must commit to be involved in their children’s education (including parent/teacher conferences). The students are gifted scholarships for the tuition and fees throughout their middle school years.

Anna Julia Cooper received a scholarship herself to go to such a school. She would pursue graduate education and earned a doctorate during a time such degrees were never awarded to black women.

AJCES is a small school but hopes to double in size in next few years becoming a K-8 facility. A capital campaign is under way.

In the meantime, this school is a beacon of hope in a neighborhood that could use it. Read more about it in the article Leveling the Playing Field by Julinda Lewis.

Please give your own shout-out to a person or organization who is leveling the playing field for others (in Comments below).

3) The Best of Twitter – Twitter has its own downside like much of social media. I am really glad for what I have learned from others through their Tweets and my Twitter feed, in general. It’s worth enough that it crowds out the political hatred, mudslinging, and trash talk…so prominent on social media platforms (especially during election years) I’m staying for the best of Twitter, not the worst.

Two of my favorite Tweets of the week follow (this time both featuring the same person):

In Christ, we have nothing left to hide. We can strip off our religious masks, forsake the imposter, and start living our lives freely again, “naked and unashamed” before the eyes of our Judge who has now become our Savior.

4) Spiderman – Finally watched Spiderman Homecoming on Amazon Prime. So good. I really like Tom Holland as Spiderman. The action and special effects were sensational, and the dialogue was fun and often funny. Now, however, the news is out that Spiderman films may be no more. Here’s what’s happening according to Chris Gates:

“Sources at Deadline claim that the partnership between Sony Pictures, which owns the film rights to Spider-Man and all associated characters, and Marvel Studios, which controls the rest of the MCU, has been terminated, effectively ending Peter Parker’s time as a member of both the Avengers and Marvel’s shared cinematic superhero universe.

The culprit, as always, is money. Disney was rumored to be pushing for a new deal that would have given the company a co-financing stake in future Spider-Man films. Sony refused to agree to the terms, effectively ending the deal that allowed Spider-Man to join Iron Man, Captain America, the Hulk, and other heroes on the silver screen.”

However, it may not be over yet, again from the above article:

“However things shake out, this isn’t the end of the current iteration of Spider-Man. Sony still has two Spider-Man films in development with Spider-Man: Homecoming and Far From Home director John Watts, both of which are expected to star current Spider-Man actor Tom Holland. In addition, Sony is pushing ahead with Spider-Man spinoffs, including a Venom sequel, Jared Leto’s Morbius, and a bunch of Spider-Man: Into the Spider-Verse-related projects.” – Chris Gates

Check out Beyond the Guitar‘s Marvel vs. DC Mashup. It includes Michael Giacchino‘s Spiderman: Homecoming theme (3:10 minutes in).

And this…from the hilarious Jeff Goldblum:

Best trailer to come out of #D23Expo last night is Jeff Goldblum's incredulous response to the #Spiderman drama he hadn't heard about yet. pic.twitter.com/5Zd0MR7ZPX

5) Books as Art – Finally a kindred spirit find related to decluttering. I have sometimes felt compelled to get rid of books, and I have. Still, there are some bookcases in our house that hold treasures.  Like the ones below. Dave has a collection of books on President Lincoln. We have books on the cultures where our family lived overseas. Various biographies, books on spiritual disciplines, homeschool classics, and children’s books. [You can see below that the children’s books come and go from their respective places as our oldest granddaughter pulls them out for our reading together.]

Books in our house say something about who we are and what (also who) we love. They’re organized loosely by category, for when I need a particular reference or re-read on a topic. They are on the ready to comfort or encourage or gently shake me out of a doldrum. Books, at least our books, are friendly and kind. No preaching or bearing down. Just a journey back to a familiar place…worth the keeping.

What got me thinking on this was the piece below where the author interviewed several authors about their book collections. Fun and fascinating read for those of us who love books, and for those who see them as clutter – a different side to that discussion. These are my people! Sweet read…don’t miss it.

End of summer cooling down enough for a fire pit – wish you could hear the crickets and frogs, smell the woody smoke, taste the roasted marshmallows, and see the stars in the night sky. Goodnight.